How the National Debt Impacts the Gold Price A Strong Correlation Between U.S. National Debt & A Rise in Gold Prices

Simply put, gold prices have a proven history of increasing with national debt. Currently, close to $20 trillion, the U.S. national debt is the amount of borrowing undertaken by the federal government. With just north of 324 million people in the United States, each citizen’s share of this debt is close to $61,000. 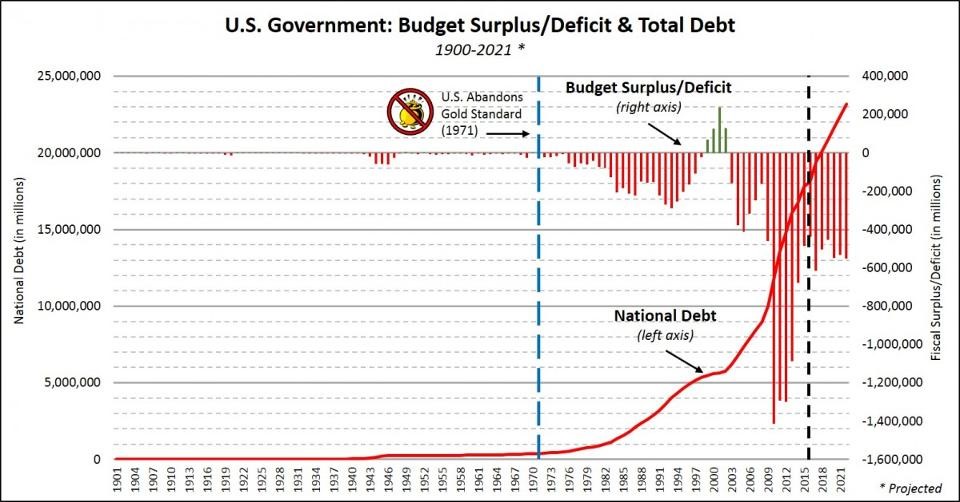 One of the primary concerns with the increasing U.S. national debt is that eventually it will have to be paid back. The money to pay it back can come from a number of places such as spending cuts potentially putting at risk social security, pensions, defense budget, and Medicare. It can also come from increased taxation or another round of quantitative easing which could further weaken the U.S. Dollar and drive inflation. The worst-case scenario would be a total default on the debt which would devastate the U.S. credit rating and power of the U.S. Dollar. All of these actions could be negative for economic growth and strength of the U.S. Dollar, which is already on a lifeline after years of the Federal Reserve’s monetary policy focusing on suppressing interest rates and printing money.

As seen in the chart below from 2003 to Q1 of 2013 there was a strong correlation between the growing U.S. national debt and the rise in gold.

Debt and Gold Price Has 91% Correlation 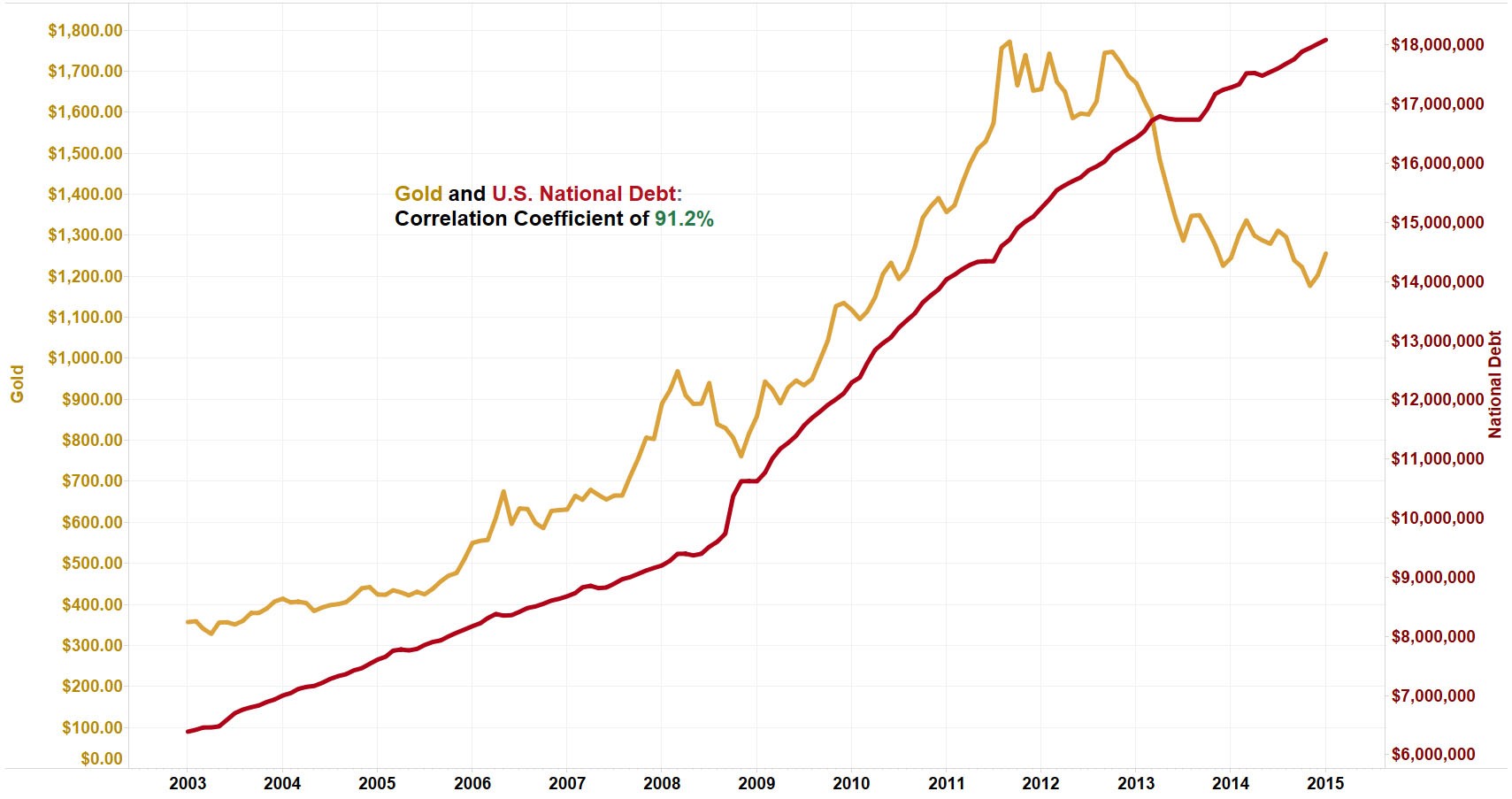 After Q1 2013, as the Fed planned to decrease their monthly asset purchases, the strong correlation between the rising U.S. debt and gold broke down, ending a 12-year rally. Will gold revert back to the trend line it hugged so closely this century? Even with the correction, the correlation is still strong at over 90%.

The national debt is rising, the Fed is raising interest rates and the European Central Bank is embarking on a negative interest rate campaign. These factors along with the systematic devaluing of fiat currencies should bode favorably for precious metals based on history.