Forbes: National Debt to Surpass $78 Trillion By 2028: What It Means for Americans Article by Mike Patton in Forbes

The coronavirus pandemic pushed the government into the proverbial corner, prompting it to borrow heavily from the future to ward off a serious threat today. Without this intervention, the U.S. economy would be in a much worse recession or possibly even a depression. Even though borrowing excessively may have been the lesser of two evils, the burgeoning debt will have ramifications in the future. With the debt approaching $27 trillion, and projected to rise to $78 trillion by 2028, it will present significant challenges. How has the national debt changed during past presidential administrations? How will a Biden or Trump win in November impact the future? How will the current fiscal crisis affect future taxation?

The following table shows the amount of debt at the start of each presidential term (includes midterms), the percentage of increase during each president, and the party that controlled Congress. 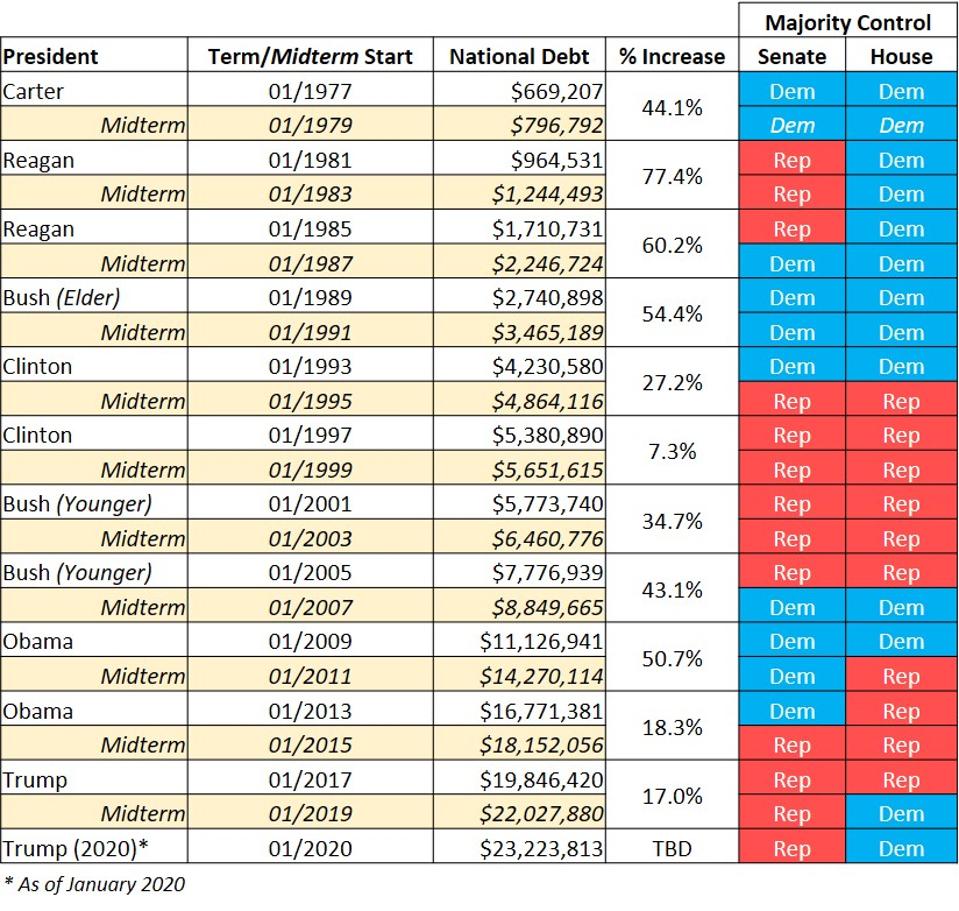 How Much Debt is Too Much?

Most understand, to some extent, that excessive debt will hurt future generations. But to understand the full impact, we will ...

To read informative article in Forbes in full and view all eye-opening charts, click here.