Can you fight a BEAR? 7% of American men think they can. WOW. A recent YouGov poll found that 7% of grown men think they could fight a bear and win. Unarmed. Can you believe that? Who are these men? Maybe they’ve read this article.

I wonder how the poll would turn out had they asked about fighting a BEAR MARKET. From the investment habits of many, I bet the percentage would be MUCH higher.

Can you fight a BEAR MARKET and win?

To successfully fight a bear, you first have to see that it is there and react accordingly. Same for a bear market. You have to acknowledge and understand that a bear market is what we’re about to face. That is the key. So many look at the DOW and think everything is OK, but what if an angry bear is lurking just around the corner?

Imagine if you will that you are hiking through the mountains towards a remote village and you saw someone running towards you screaming about an angry bear on the trail up ahead. That’s a pretty good signal that you might want to prepare somehow. Let’s say you could NOT just turn around. You have no choice but to forge ahead because you are carrying vital medicines for dying children in that remote village. You MUST continue. And it just so happens, by luck, there is a hunting store right beside you. What do you do?

I think you go into the store and buy everything you could to prepare for the bear and go save the children! You’d get a shotgun and plenty of ammo. You’d get a hunting knife, some bear spray and probably a pistol just for good measure. You would test everything out and make sure its all in working order and when you saw that bear charging at you, you would know that you would probably survive the encounter and save the children.

This example may sound like a great plot for a Hollywood thriller, but is not unlike what is facing investors today. We’ve had several warnings from analysts telling us there is trouble up ahead. The market is at unsustainably high levels, and there is little value underneath holding it all up. It is on the verge of collapse. We’ve had two consecutive quarters of negative GDP. We’re already in a recession!

I don’t know how much more warning investors need.

Inflation is still 8.5%. Gas prices are likely to rise again when Biden runs out of Strategic Petroleum Reserves to sell and Chinese demand amps up again once they give up on their lockdown policies. When those things rattle through the markets, when more businesses close their doors, when geopolitical tensions further strangle supply chains, when the crack down on farmers starts to result in famine, it will be too late. The bear will be upon us. Will you be armed? Or will you be lunch?

Precious metals are like bear spray for your portfolio.

As the purchasing power of the dollar is eroded by inflation, gold and silver provide a backstop. Historically, precious metals have acted as an unprintable universal currency with very stable purchasing power. As dollars are overspent and overprinted, and as supply chains struggle, you could prepare by exchanging your declining dollars for gold and silver. Now, before it is too late and your devaluing dollars buy less and less gold.

The best case scenario would be that there is no bear, right? You would hope the bear that threatened the other hiker wandered off the trail and the crisis would be averted. You’d save those preparations for another day and another threat. Similarly, if we are wrong and there is no bear market (by some miracle) you still have your gold and your silver standing by, and it has never been worth zero.

And, if you hold onto that gold for 20 years, you could even make out far better than had you stayed in stocks and dollars. Take a look at this video on portfolio performance with and without gold. 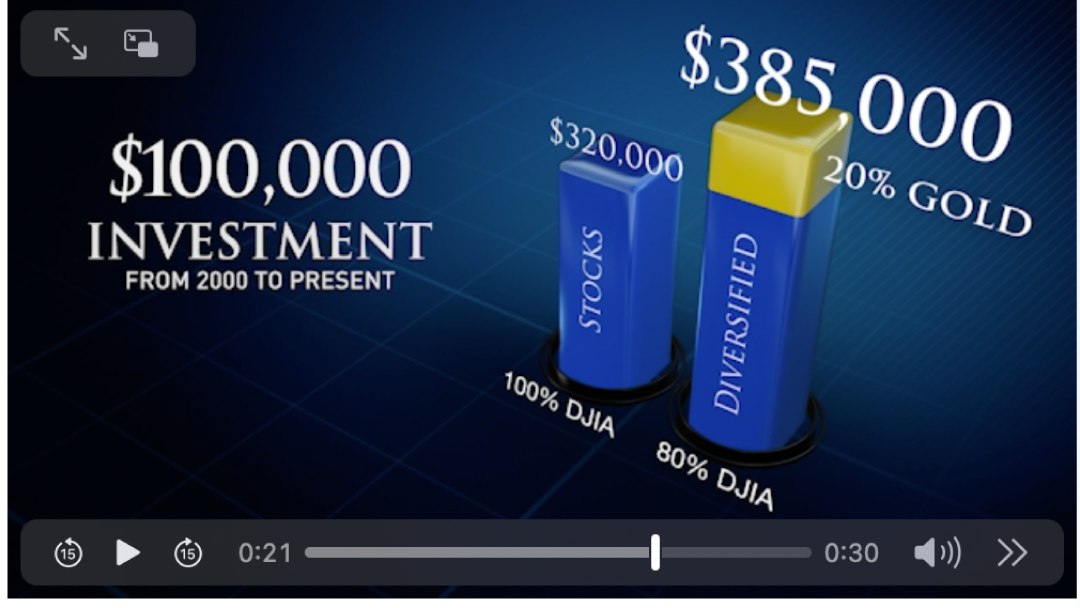 You wouldn’t regret being prepared for the bear that never came. But say you did not heed the warnings and you ended up facing down that bear empty handed. That YouGov poll says 7% of you think you’d be fine. I think that 7% is delusional.

So you tell me – do you think you can fight a bear market empty-handed? Or do you get that now is the time to fortify yourself so you don’t get mauled?